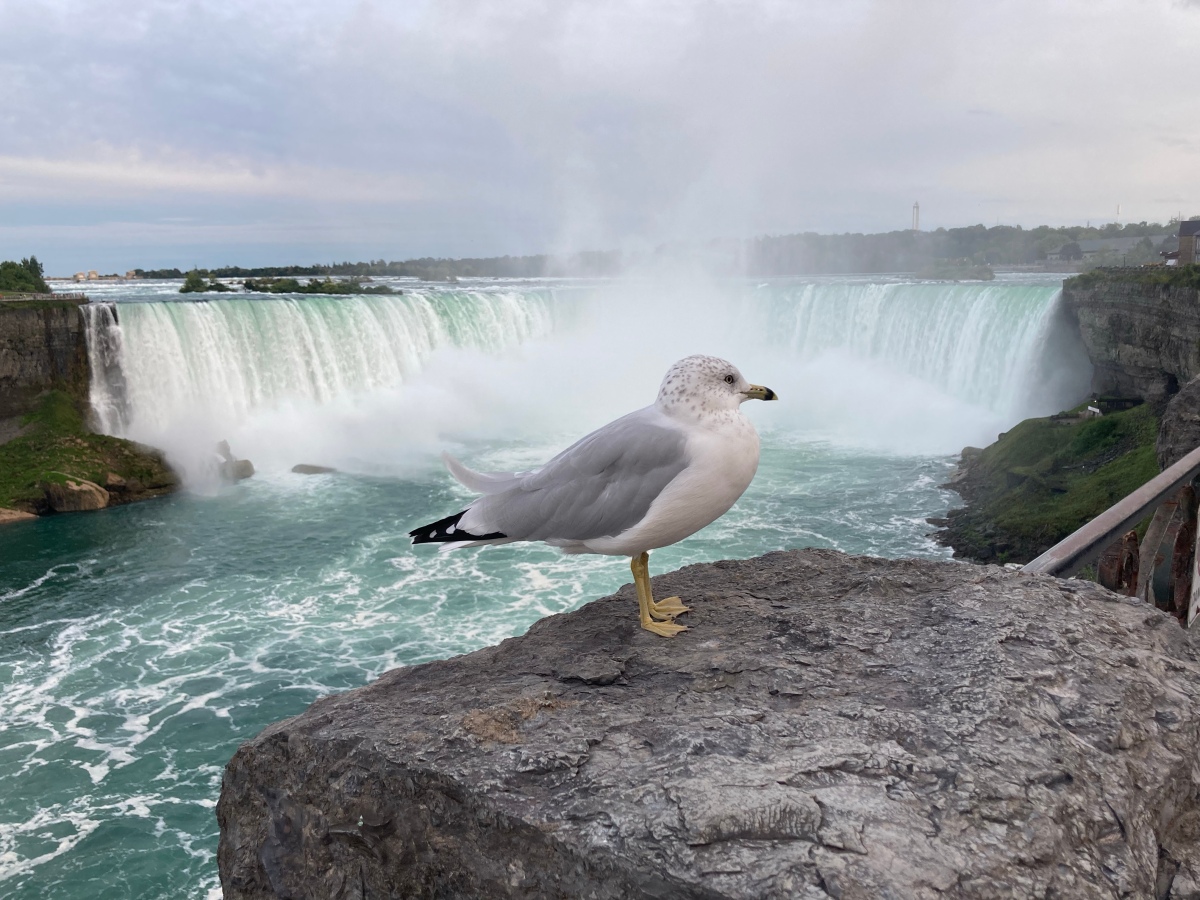 Today we began a long planned trip to New England, including a visit to the Canadian side of Niagara Falls. The trip began uneventfully enough with a short 48 minute flight into Buffalo, New York. After that, though, things became a bit more challenging, beginning at the rental car counter. With our reservation in hand, we thought it would be a quick pickup before we were on our way to cross into Canada. Boy was I wrong! The line was long and there was only one agent. After patiently waiting for over 40 minutes, it was my turn to hand over my driver’s license and credit card for a car I had reserved and paid for many months ago. Much to my surprise, the agent looked at my well-used credit card and said he couldn’t accept it because he was unable to verify the card since some of the account number had worn off. Despite my pleas that I could provide the full account number, he did not have the authority to authorize my card and needed supervisory approval. So, off to the side I waited for another 20 minutes before the supervisor appeared and was able to resolve the problem after some additional “negotiation.”

With transportation finally attained, we were on our way to our designated entry point into Canada. Of course the pandemic makes the routine aggravatingly difficult. Having done our research though, we thought we had everything in order for an easy entry into Canada. Prior to the trip, we had successfully completed self-administered COVID tests with an online proctor to validate the result (…entry into Canada is contingent upon a negative test within 72 hours of arrival). With negative test results and all of our travel information entered into the ArriveCAN app, we were confident that we would fly through customs without a problem… but, alas I was wrong for the second time in what was turning out to be a frustrating start to our trip.

Thinking all of our documents were in order, we confidently pulled up to Canadian Customs with passports, COVID vaccination cards, and ArriveCAN data entered with the results of the negative COVID tests we had all recently completed. All was well until the officer asked to see the negative test results, which we dutifully produced, only to be informed that the tests we had taken were the wrong type of test for entry into Canada! Despite our research that indicated the test we had taken was approved, we were informed that we had taken an antigen test, not a molecular test. So, with no recourse, we were turned around and instructed to leave Canada and return to the U.S. to find a rapid testing site that could perform the proper test and get same-day results.

I made the off the cuff comment that some enterprising entrepreneur could make a lot of money by setting up a rapid test site at the border. So, I shouldn’t have been surprised that when we began to research our options we discovered that this exact scenario had occurred. It turns out that the same company that conducts tests at the airport, had a pop-up testing station in a parking lot a stones throw from the border. Several testing options were available, but if we wanted same-day results it was going to cost us… and boy did it put a dent in our travel budget!

Since our hotel was on the Canadian side of Niagara Falls and there was a no cancellation clause, we didn’t have a lot of options, so we had to pay for the rapid test. Once payment was made, the tests were administered and we waited the requisite 60 minutes to get the results which we were pretty sure would match the tests we had just taken two days earlier. To no one’s surprise, we once again tested negative. So back to the border we went, perhaps a little less confident that we understood the nuances of international travel in the era of COVID. Fortunately, our investment paid off and we were granted access into Canada, only to be told that we had been selected for random COVID testing!

Yep… you read that right. We had just paid a substantial fee to get a rapid test on the U.S. side of the border so we could get into Canada and as soon as entry was granted, we were randomly selected to get the same test! Unbelievable!… for the second time in 2 hours, we were tested, but at least this time it was free, courtesy of the Canadian government.

Although we finally made it to Canada to witness the awesome beauty and power of Niagara Falls, it wasn’t easy. But… at least its a story to share. So, for those who are thinking about international travel, please make sure to do your research to avoid the hard lessons we learned today.

3 thoughts on “Rejected at the Border”